Over one kilometer under the North Sea in England, scientists in the ICL mine are trying to decipher one of creation’s biggest mysteries related to the most abundant matter in the universe.

Will the ICL Polysulphate mine, over one kilometer deep under the North Sea in England, solve one of humanity’s creation riddles — identifying the missing “dark matter” which scientists think make up most of the mass in the universe? Britain’s Science and Technology Facilities Council (STFC) scientists certainly believe so, as they work at the Boulby Underground Laboratory in the ICL mine, based in Yorkshire in the northeast of England.

Dark matter is a mysterious material, which scientists believe makes up 85% of the mass of the universe. The theory is that it is composed of an as-yet-unidentified class of sub-atomic particles. The big problem is that this mysterious stuff is thought to be invisible and very difficult to directly see or detect, despite it being everywhere and all around us. Undeterred by this, teams of scientists all over the world are working hard to design, build and then operate sensitive experiments (highly sensitive particle detectors) to be the first to detect these particles, prove their existence and go down in history as those who solved one of science’s most important mysteries, thus giving us a greater understanding of what the universe is made of and how it works.

One of the places where these fascinating experiments are being conducted is at ICL’s Boulby Mine, described by scientists as “a quiet place in the world” where experiments can be conducted with almost no interruptions by natural radiation — in particular, naturally occurring cosmic ray particles that constantly bombard the Earth’s surface. At Boulby this work is done in a clean, modern science laboratory (Boulby Underground Laboratory, impressively situated 1,100 meters underground, close to the shafts of ICL’s Boulby Polyhalite and salt mine.

In recent years, ICL Boulby mine and Boulby Underground Laboratory have been supporting the work of over 70 scientists from 20 universities and research institutes in Britain and elsewhere. The focus of much of the work has been on operating apparatus designed to look for dark matter particles — in particular, the team at Boulby operates the internationally-important CYGNUS and BUGS projects. In addition, though, the laboratory science activity has greatly expanded recently, and now Boulby also undertakes world-leading research into geology, geophysics, climate, the environment and also studies of life in extreme environments on Earth and beyond.

“Biologists and astrobiologists working in the mine have already managed to prove that, despite it being a deep and extreme environment, anywhere there is water flowing underground, the environment is teeming with rare and ancient microbial life,” noted David Mcluckie, ICL-UK External Affairs Manager. He added, “Among the many scientists working at the lab, some are interested in investigating the existence of life on other planets, and with the aid of the mine’s extreme environment, they develop tools and equipment to examine life conditions on other planets.”

In this context, McLuckie told us that the mine had recently hosted teams of researchers from NASA and the European Space Agency (ESA), who found a variety of basic life forms on site, and to date have developed three instruments that will be mounted in 2020 on the robotic vehicles of the “ExoMars” rover program, which will be searching for signs of life on Mars.

All of this work has been made possible thanks to a 1.8 million pound investment by the UK government’s STFC to build the current underground laboratory, and the support of ICL-UK both during the build of the laboratory and since.

What is the next big project at the mine?

“The next project in the mine lab is the AIT-Watchman — a big and advanced particle detector, which will detect neutrino particles, one of the basic elements of the universe, which come from Earth and deep space beyond. The findings could be used for various astronomy and physics studies, and to examine future use of neutrino detectors to monitor man-made nuclear reactors’ output. This would help the global effort to limit the number of nuclear reactors all over the world.”

What’s new in the search for dark matter? Has the mystery been solved?

“The team at the Boulby mine is one of over 10 teams worldwide currently searching for proof of the existence or non-existence of dark matter. The scientists at our lab use some of the world’s most sensitive detectors to find proof of those sub-atomic particles,” McLuckie sums up. “So far, none of the teams has succeeded in detecting dark matter, but there has been success in narrowing the possible candidates for the particles that this mysterious, invisible matter is made of.” 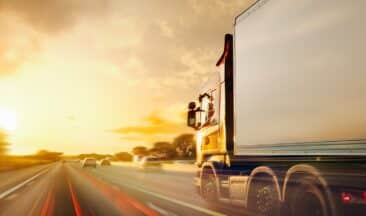 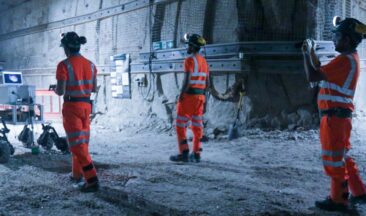 From Deep Underground to Mars

Industry 4.0: At the Front of the Fourth Industrial Revolution 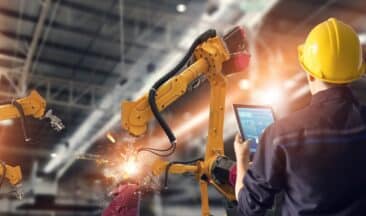 One Step Ahead: Artificial Intelligence at ICL

Innovation Starts from Within