Saskia Goole, ICL’s Site Manager in the Netherlands, is still searching for the highest mountain to climb and volunteers to promote science studies among women whenever she can.

Saskia Goole, Chemical Engineer and Site Manager at ICL in the Netherlands remembers herself as always being interested in science and engineering. She was inspired by her father who also worked in these fields. “I studied Chemical Engineering at the University of Eindhoven in The Netherlands. During my studies, I did an internship at ICL in Terneuzen (it was called Broomchemie at the time). For four years, I also did temporary work during summer holidays at ICL to help me pay for my studies.”

Even though such work was seen as exclusively masculine then, she did not hesitate when offered a job at a fertilizer plant back in 1995, and happily took on the position. “I started working in 1995 at a fertilizer plant (DSM) in what was then a total ‘men’s world.’ I was one of the first women to be accepted for a job in the plant.” Ms. Goole explains that this was more of a change for the men on the site than for her and saw the positive side in being the only female on site. “People came to know me very quickly, and it was easier for them to remember me.”

Ms. Goole’s work usually involved much travelling. She also worked on sites in Indonesia, the US, and worked for different companies over the years. Step by step, Goole moved up the corporate ladder to hold more and more responsibilities. “The moment I saw that there was an opening for the position of Site Manager at ICL, I remembered the fun time I had working there during my youth, and wanted the job,” she recalls. She advanced from an engineering role to a more technical-managerial position, and has  found great fulfilment in it. “I like the combination of engineering (technical stuff) and working with people,” she tells us, and explains that her strength as site manager lies in getting the best out of the people she works with by letting them do the things they are good at. “With approximately 120 people on site, you really have the possibility to know all the people and know their strengths. We have a lot of knowledge, good people, are flexible, and have fun together.,”

With all that she does, Goole still finds the time to enjoy her family and leisure hours. She is married and has two children, 14 and 16 years old. To the age-old question, working women are often asked about managing work and family life.  Goole responds, “I have always felt able to combine my family life and work life very well. I got a lot of support from my husband (who is also a chemical engineer).” Goole is passionate about trail running (off-track and in the mountains), and says she is always searching for the highest mountains to climb together with her family.

As a woman who has achieved a senior level position and enjoys it. She is committed to helping others, especially girls, by encouraging them to go into the fields of science and engineering. She supports local and national activities such as “Girls’ Day” and “Global Women’s Breakfast,” and gives lectures to promote her message to young people. “My motto is: Believe in yourself, and always be yourself. You can achieve whatever you want. Do what you like and like what you do. I would like to let the readers know that engineering is fun, for men and for women.”

What the AgTech Industry can learn from Zoom, a Global Pandemic, and the U.S.
Read More 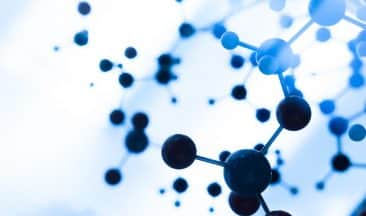 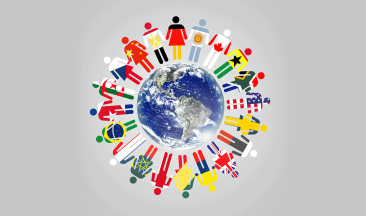 Contributing to the Sustainable Future of Mankind