Potash for Life: The Project That Helps People in India Fight Hunger

India’s rapid population growth rate is worrying, but an ambitious project is helping to increase the country’s agricultural crop yield.

In a recent visit to an agricultural village in the Punjab State of India, Dr. Patricia Imas, the Chief Agronomist of ICL Fertilizers, met a particularly enthusiastic local farmer. “I showed an old movie of the Dead Sea with images of the factories accompanied by classical music,” she remembers. “Suddenly, one of the farmers approached me and signaled for me to follow him to his house in the village. At first, I politely refused but he insisted and so I followed, curious to see what he wanted to show me. At his home, he pulled out an ancient violin and started to play the music from the movie. It was amazing and proved to me that the world really is a small global village.”

No doubt, India is changing. Today it has an average GDP growth rate of 7% and is considered to be one of the world’s fastest developing countries. This is mainly related to its huge workforce: the country’s median age is only 28 and the population is 1.3 billion. It is estimated that India will bypass China in 2030 to become the world’s fastest growing country.

“The biggest challenge in the Indian market is the fact that even today most farmers in the country still grow rice and wheat using traditional farming methods. So our mission is to strengthen our cooperation with farmers to increase the use of balanced fertilization and boost yields while maintaining the fertility of their soils.”

That said, the rapid growth rate also gives rise to a number of challenges:  the need to increase vegetables, fruits, meat, and fish production, as well as the need to find solutions that increase agricultural crop yields. Due to the cooperation with ICL, India has become a huge importer of millions of tons of potash every year, and it seems like this is just the beginning.

This is precisely why Dr. Imas has been traveling to India for two decades. She is promoting a rather ambitious project — “Potash for Life” — which is aimed at encouraging India’s traditional farmers to use potash to increase the yield and quality of their crops. “The biggest challenge in the Indian market is the fact that even today, most farmers in the country still grow rice and wheat using traditional farming methods,” says Dr. Imas. “The more advanced farmers constitute the minority in this huge country, so our mission is to strengthen our cooperation with farmers to increase the use of balanced fertilization and boost yields while maintaining the fertility of their lands.”

The main idea – is to reduce the use of nitrogen fertilizers (and sometimes phosphorus), and increase the use of potash fertilizers, in order to achieve a more balanced fertilization scheme. While nitrogen application increases crop yields, its overuse can reduce the quality of agricultural produce and cause environmental damages, which is significant in the case of the Indian subcontinent with its vast agricultural regions.

The main reason for the overuse of nitrogen by Indian farmers is economic: nitrogen is produced from the air and is much cheaper than natural minerals such as potash or phosphorus. Also, the Indian government provides farmers with subsidies to buy nitrogen (produced by the local industry) and promotes it as a cheap and available resource for crops.

One step from World Hunger

As part of the collaboration between India and ICL in recent years, ICL’s agronomists have been coming to the country to demonstrate (together with local research institutes and universities) alternative methods for fertilizing the land. “We have achieved a lot by educating the agricultural sector in India,” says Dr. Imas proudly. “We have developed thousands of demo plots in India to show farmers the benefits of using potash as a fertilizer.” In addition to grain crops such as rice, wheat, and soybeans, this also includes other crops such as pomegranates, bananas, tomatoes, onions, and cabbage. “We have proven to thousands of farmers that it is possible to increase yields by between 10% and 30% when using the right fertilization regime, and to improve the quality of produce in terms of the size of the fruit, the color, and shelf-life,” she adds.

Is this the solution that will increase crops and food products for India and its inhabitants? Dr. Imas believes that the initiative is on the right track. “There is no other project like this in the world and we invest lots of resources in it. The project was supposed to be completed within three years, but it has continued because of its huge success.” 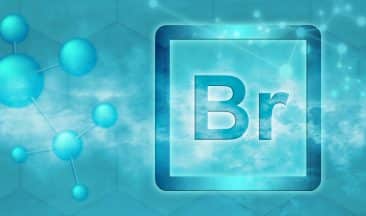 The History of Bromine In this blog, we sniff out the element bromine, which gets
Read More 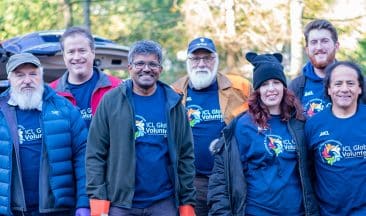 “As the team leader, I try to get everyone involved to make an impact” – The Volunteer Team Spirit of Kim Johnson

ICL’s Environmental, Social, and Governance (ESG) week is just one of many ways that we
Read More

One of the central pillars of ICL’s ethos is employee empowerment through meaningful work. We
Read More