If you are a nature films aficionado, you have probably heard about the Serengeti, the huge African savannah, some of which is in Tanzania. The island of Zanzibar, which has become a hot tourist destination in recent years, is also quite well known. Mount Kilimanjaro, towering 5,895 meters high in the north, is considered the roof of the African continent. But, not everything in Tanzania is wild. Tanzania is an underdeveloped country and one-third of its inhabitants live in difficult conditions. Agriculture is unable to support them. In addition, climate change has posed severe impacts to the agricultural sector in most developing countries and, in this era of global climate change, undeveloped nations like Tanzania are most vulnerable and weak to cope or recover from such dreadful conditions.

As far as climate and land conditions are concerned, Tanzania is a dream. Its diverse agro-ecological zones in the country have significant potentials for sustainable crop production. These agriculture potentials include the 44 million hectares of arable land that make it adaptable for the progression of the agricultural industry in the country.  However, the country has not yet achieved a sustainable crop yield and food security.

This situation has been affecting people’s livelihoods, and other sectors either directly or indirectly. Therefore, it has been widely identified that there is a need to improve the production strategies and approaches such as supporting local farmers to increase agricultural yields. About 53 million people live in an area of 950,000 square kilometers that is rich in natural resources such as tin, phosphate, iron, coal, diamonds, gems, gold, natural gas, and nickel.

The climate changes from region to region. Near the shore, the weather is tropical, and in other areas like the mountains, the climate is moderate. The problem is that although the quantity of precipitation during the rainy season is large, the fertilization methods are inadequate. Farmers add almost no fertilizer to their fields. In a country in which most people engage in small farming with outdated traditional methods, this means very small yield from their crops.

ICL’s Collaboration with USAID and Feed the Future

Farmers in Tanzania cultivate their land by old-fashioned traditional methods, with almost no irrigation or mechanical tools. Most of the produce serves to feed their families. Some of the typical staple crops are tomatoes, onions, potatoes, paddy, millet, sorghum, cassava, banana, and wheat.

If there is a surplus, it is sold at the local markets. As one of the world’s largest fertilizer companies, ICL has joined forces with USAID to increase the productivity and profitability of horticulture in two provinces of southern Tanzania by increasing yields of major crops by 40%. USAID, funded by the US government, initiated a perennial program to educate Tanzanian farmers to apply advanced fertilization methods, land cultivation, and sowing. The goal of the program, named “Feed the Future”, is aimed at reducing the percentage of people below the food poverty line and halving the number of people below the income poverty line by supporting local farmers.

As the U.S. Government’s global hunger and food security initiative, Feed the Future addresses the root causes of poverty, hunger, and malnutrition. To achieve this, they work hand-in-hand with partner countries such as Tanzania to develop their agriculture sectors and break the cycle of poverty and hunger. Through empowering local farmers in this initiative, the objective is to increase the yield and quality of the fruits and vegetables in Tanzania’s farmlands. Small farmers will be able to improve their earning power and their quality of life. The goal is clear: new techniques, modern tools, and high-quality materials result in more produce and less poverty. This is where ICL’s Specialty Fertilizers come in.

Rock to Fork – Polysulphate use improves the quality of food

Contributing to the sustainable future of mankind

Fertilizers and Agriculture Projects in Tanzania

ICL’s Specialty Fertilizers joined the Feed the Future project in 2018 aimed at supporting local farmers by training about 3,000 Tanzanian farmers to use ICL’s advanced fertilization methods for both irrigated and non-irrigated crops. The team in the field, with agronomical support from Israel, has located 30 demonstration plots of leading farmers in two regions in southern Tanzania.

Each demonstration plot was divided into two: In one half, the farmers grew their crops (mostly potatoes, onions, and tomatoes) in the traditional way, and in the other half, the ICL team grew the same crops with improved fertilization methods, using ICL’s Agromaster – a controlled release fertilizer – and Polysulphate®.

ICL’s Polysulphate fertilizer contains four essential macronutrients: sulfur, potassium, magnesium, and calcium. ICL’s’ Agromaster withstands through any weather, crop, or soil conditions and contains a wide range of nutrient supply for crops. With these two fertilizers, the farmer supplies eight plant nutrients in only one application. Previously, farmers’ practices consisted of applying only two nutrients with three different fertilizers in three applications during the crop cycle. ICL’s advanced fertilization methods are empowering local farmers to save time and money in fertilizer application while receiving higher yields and more profits due to balanced nutrition.

The results were overwhelming. Yields at the ICL plots were significantly higher than the farmers’ practice for all three crops. The average increase in yields was 46% for tomatoes, 47% for onions, and 57% for potatoes. The income of the farmer was increased accordingly.

2018 was the year in which Tanzanian farmers, who are part of the project, saw the difference between using advanced fertilization methods with high-quality fertilizer and using less effective traditional methods. During this 2018 growing season, the participating farmers had already seen visible improvements in crop size and health from using ICL Fertilizers. This is not the first time that ICL has had a hand in helping farmers and developing agriculture in the world. Raising and maintaining agricultural productivity sustainably is a fundamental development goal for African countries and many other impoverished countries. We have introduced innovative fertilization methods throughout the world. ICL specialty fertilizers are also empowering local farmers in India, Kenya, and other developing countries, and now Tanzania has joined the list of countries in which farmers are shown how to best fertilize their land.

The ICL Effect in Tanzania

ICL’s experience indicates that we can expect a substantial increase in crop yields, which will allow the farmers to use some of it for their family’s consumption, and to sell the rest, keeping some of the intakes to buy next season’s seeds and fertilizer. These farmers will provide well-being for their families, and will no doubt spread the word to other farmers in their country.

Clement Kimaro, a farmer who participated in the project, is already enjoying the change in his fields. “I use a new technique that plows the land differently and with new materials, and my yield is double that of previous years,” he told USAID officials, “I have more produce that I can sell.”

Not only sowing and fertilization methods have changed, but also packaging and storage. “In the past, farmers put their produce in straw baskets that stood in the sun, the produce rotted, and a lot was wasted,” says Kadija Rajab, a local farming expert who is accompanying the project.

“We showed to the farmers that adoption of a balanced and modern fertilizer approach can increase yields, profits and improve living standards”, says Dr. Lilian W. Mbuthia, ICL Senior Agronomist in Kenya, who is responsible for the project on behalf of ICL. “Given the success of the project, USAID has decided to extend the funding for additional crop seasons”.

ICL’s agricultural initiatives have succeeded to increase the efficacy of major food crop production and its implications to food security and economic development. With the progress and expansion of agriculture projects in Tanzania, together with ICL’s contribution to its success, we can only hope that the people of Tanzania continue to enjoy all of the good that their land can supply them. 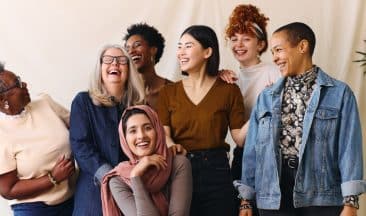 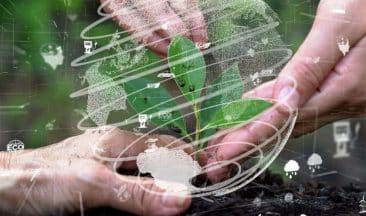 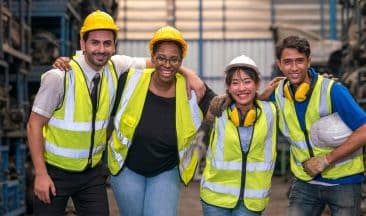 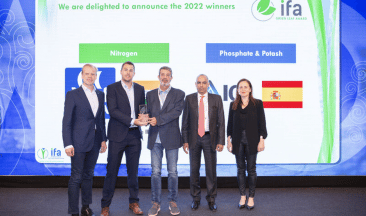 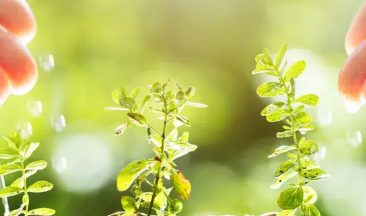