Home Blog Innovation Starts from Within

Innovation Starts from Within

ICL’s employees arrived at a conference at Microsoft whose goal was to encourage innovative thinking which will give birth to the next great idea from inside the company.

“I never think of the future, it comes too soon,” said Albert Einstein, and it seems there is no more accurate way to describe reality at the end of the 21st century’s second decade. Technology is rapidly changing, opening new doors to innovation daily. At the end of April, 50 representatives from ICL’s various sites in Israel visited a conference at Microsoft hub in Israel. They were the first among many ICL employees who will follow to learn how to turn technological innovation and innovative thinking into an important work tool.

This tool is provided by ICL’s Department of Innovation and Operational Excellence, which discovers advanced and innovative technologies that will help with operational challenges and performance improvement in the company. The department works in four major fields: The Internet of Things (IoT), wearable equipment, autonomous operation and machine learning. The goal of the department is to improve the company’s project performance and engage the company’s employees in the effort by encouraging them to think creatively.

One of the ways to improve performance and implement advanced technologies in the company is to set up an internal incubator of ICL workers which will lead innovation in the company’s different sites. This is how the company encourages thinking “outside the box” and at the same time creates new paths to assist in the practical implementation of new solutions and digital tools that would advance work. As part of this activity, site managers have issued an appeal to employees to submit ideas for improvements in various fields, in accordance with the content to which employees were exposed at the conference. The ideas will be examined together by various site management teams, and those ideas that are found suitable will be implemented.

The conference’s purpose was to introduce employees to global innovation, with the hope that it would enable implementation of innovation processes in ICL. For this purpose, five start-up companies were chosen, whose methodologies and tools are of similar characteristics to those used by ICL. for example machine learning, optimization and monitoring of operational processes, use of augmented reality and 3D technologies which enable the employees to familiarize themselves with the processes’ stages and imitate them in the field and other. One of the companies, for example, presented autonomous and safer mining through the use of sensors.

ICL’s participating employees were divided into groups where they took part in different workshops. One of these workshops focused on augmented reality, and the participating employees experienced the use of augmented reality glasses which showed them machinery in 3D. Another workshop presented IoT implementations of working with drones, as well as cameras with analytical capabilities that locate cracks in pipes. A third workshop presented a way in which a smartphone can guide employees: The device detects the work environment and the employee’s location in relation to a machine and turns on a video which gives them working instructions. The fourth workshop presented visual analytics which identified workers by name and age as they were walking around the room, enabled the editing of images according to learning based on a known painter’s samples of work.

At the conference’s last stage, a brainstorming session took place, to examine how the technologies ICL employees were exposed to in the workshops could be implemented in their work, and 50 ideas for implementation came up — ideas that may soon change those same employees’ lives.

At the end of the conference, a digital innovation community was established., the community is designed to enable  participants to keep in continuous contact, bring up ideas, share knowledge and more. this community is part of the ongoing process designed to  encourage employees to think outside the box, be exposed to new technology and learn how to implement it in their work.

From Hackathon to Building New Courses

To promote the use of advanced technological tools in the company and produce solutions that would improve work within it, the department of innovation and operational excellence operates on two levels simultaneously — developing innovation processes as part of the company’s culture and implementing innovation in practice. Creative problem solving is promoted, among other ways, through a hackathon — a marathon entrepreneurial event in which participants are divided into thinking groups, and together develop ground-breaking ideas to solve a pre-defined challenge.

The first hackathon took place at Ben Gurion University in May and focused on energy production and consumption — developing a method to estimate the amount of electricity produced and consumed in the DSW site.  This prediction will  help improve future business conduct, improve energy consumption and reduce air pollution.

The event was designed to bring to the front problems which are critical to the company. External teams of various disciplines were called in to compete for the best solution, ending with the winning team being awarded a prize. This is a great way for people who come from different worlds, and are knowledgeable and experienced in their field, to bring in fresh thinking that could give birth to new ideas and new solutions. 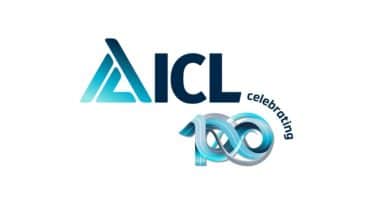 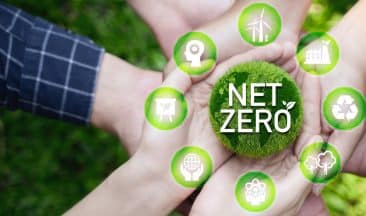 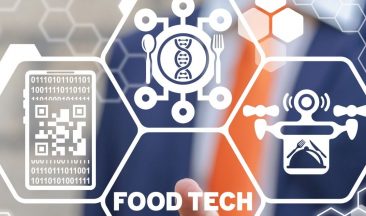 Food Tech – The Next Frontier

Food technologists ensure the quality of food as it travels from farm to fork, applying
Read More 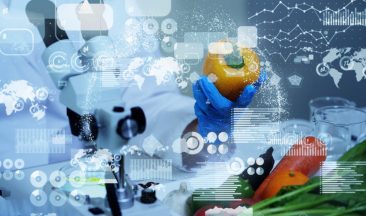 Business trends tend to follow economic indicators and consumer preferences. In the past 2 years,
Read More